Showing posts from June, 2008
Show all

I have always wondered what the story was behind "Lorem Ipsum" used as filler text on website mock-ups. Well there's a website that has the story, http://www.lipsum.com/ . Website builders will often use this Latin text to give the previewer a feel for what a page will look like once the content has been added. It has roots in a piece of classical Latin literature from 45 BC,.. Visit Lorem Ipsum at lipsum.com and learn the entire history. Also from the site, you can have it generate your own Lorem Ipsum text to put in your next website mock-ups.
Post a Comment
Read more

- June 29, 2008
For the past week or so I have been using OpenDNS instead of the DNS service provided by my ISP. Huh? When you enter a URL into your browser, a [DNS] system must translate that into a computers [ip] address so you may visit the website. If you have ever input a bad URL and were returned a web page with search results that included your ISPs name or logo, that is the ISPs DNS "helping" you find what you were looking for. Just a month ago Comcast's DNS systems was hacked , so whenever a user using Comcast's DNS system tried to go to Comcast.net, they instead received a web page loaded from a different website ( see picture ). The typical complaint from users in regard to DNS is that some web sites take a long time to respond. When I was a Comcast user, I do recall having problems whenever I tried going to Yahoo!. Perhaps a coincidence; perhaps not. Back to OpenDNS. OpenDNS is a DNS service that you can use instead the default service (most of us use) provided by you
Post a Comment
Read more

- June 27, 2008
As with all updates, I always recommend waiting before updating your main computer. The recent problems with Windows XP SP3 is a good example (and here ) of why you should wait. Well its been a little over two weeks since Firefox 3 has been released, and it looks like it has worked for the most part without any significant problems. I have now installed and ran it successfully on my work laptop and home desktop. What I was most pleasantly surprised about is my custom toolbars (using TinyMenu) stayed intact for all but one item which was easy to add back in. As you might of expected, not all my plug-ins worked though. In the case of RoboForm, Firebug, and the Digg toolbar, it required some manual download and install. For the following though, no additional work was required -- they continued to work : Del.icio.us toolbar TwitterFox Download Statusbar BugMeNot Forecastfox FoxClocks IE Tab No Script PicLens Read it Later Web Developer The following no longer work : TinyURL NSFW AutoCo
Post a Comment
Read more

- June 27, 2008
Today ends an era of Bill Gates working at Microsoft, as he redefines his priorities moving forward. There has been a tremendous number of articles written about Bill Gates in preparation for today. I found this particular video from the BBC that I thought was very interesting as he reviews the early days of Microsoft. The BBC has also published a Bill Gates and Microsoft Timeline.
Post a Comment
Read more

Tiger causes slow down on the Internet

- June 26, 2008
That would be Tiger Woods. While the US Open was being played on June 17th, Internet Service Providers (ISP) were caught off guard by unusually high traffic. Of course their first reaction was to investigate to see if their systems were under attack. In fact what they learned was that the US Open was being streamed across the Internet. According to Arbor Networks , For several ISPs, traffic into their network grew by 15-25%. In one provider, inbound traffic nearly doubled. ... Traffic dipped and peaked corresponding to Tiger’s initial misses and subsequent spectacular comeback... What really amazes me is that how much one event can cause so much impact on an ISPs network. What's going to happen to these same networks during a live reporting of a major catastrophe? For example, what if the 1989 San Fransisco earthquake repeats itself in 2009? Could the ISPs handle having all their subscribers watching live broadcasts and other video feeds to a majority of its users? I suspect not, t
Post a Comment
Read more

Why should Yahoo! sell out to Microsoft?

- June 21, 2008
John C Dvorak just posted an interesting opinion piece on Microsoft's bid to acquire Yahoo!. I like his rationale here. Did you invest in a company (Y!) for what the company has to offer and its potential future or did you invest, waiting for Microsoft to buy it? For most, it is (or should be) the former. By going with the Microsoft buyout, you're giving up on your investment. Further I would add, sure you get Microsoft stock (which you can get anyways without the buyout), but you really have no idea what's in store for the future merged company. What parts of Y! stay and which parts go? Oh, and if you've ever been one of these acquired companies, how often has the "new plan" panned out? Typically the highly skilled employees from the acquired company leave for new jobs; the acquiring company never lets the newly acquired company influence and teach the valuable parts they bring to the table; and so you are left with a bunch of assets now being ran by inexpe
Post a Comment
Read more

- June 19, 2008
With May being Bill Gates last month at Microsoft, Wired.com posted an article with a chronological view of his life. Did you know that at 13, Gates was acting his shoes size? Seriously though, at 13, along with Paul Allen, Gates worked out an agreement with Computer Center Corp to report software bugs in exchange for computer time. This was after spending his schools annual budget for computer time in a matter of weeks. Here's a couple other highlights: January 1977 Gates takes a leave of absence from Harvard and establishes Microsoft in Albuquerque, New Mexico,... ... 1997 On several occasions, Gates' secretary enters the Microsoft building to find him crumpled on the floor, asleep. ... August 28, 1980 Gates signs a contract with IBM, agreeing to develop software for the PC. ... November 10, 1983 Windows debuts. ... August 1, 1989 Microsoft Office debuts. ... August 24, 1995 Microsoft introduces Internet Explorer. ... June 15, 2006 Gates announces his retirement from
Post a Comment
Read more 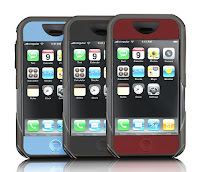 On Monday we learned about the new 3G iPhone : lower purchase price ($199 for 8MB version), GPS integration, longer battery life, and more. A lot of the buzz was around the lower price, but if you look at the total cost of ownership you will find out that it is actually more expensive. Over the 2 year plan with AT&T, you're going to pay an additional $10 per month for data ($240) and an additional $5 for SMS messages ($120). So instead of a total cost of ownership of $1815, you will pay $1975. For the additional features, the price is probably worth it. In comparing against other smart phones, the cost is competitive too. Gizmodo has a more detailed breakdown that includes phones from Sprint, Verizon, and AT&T. Speaking of new iPhone features, Gizmodo also has an article that discusses the new video conferencing add-on for the iPhone. There has been discussion from the community over the missing, built-in video conferencing features, but as you can read about there is a l
Post a Comment
Read more 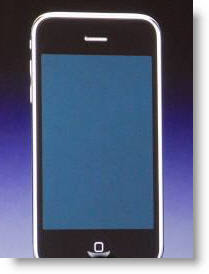 Robots with a mind of their own

- June 08, 2008
Take a look at this video -- the early stages of robots joining together to make their own hardware.
Post a Comment
Read more

Help managing your inbox - Xobni not ready for prime-time

Based on a review I read, I thought I'd give Xobni a try. As described on the Xobni home page, "Xobni is the Outlook plug-in that helps you organize your flooded inbox." Xobni installs a new right-hand pane in Outlook and tracks your contacts communications. When you view an email, prior emails, files transfered and other cc'd contacts display in the Xobni window. Xobni provides you additional information as well, such as the contacts phone number, the numbers of sent and received emails to the contact and how the contact ranks in comparison to your other email contacts. You can also see a graph of when the contact communicates with you (by hour of the day). And finally, Xobni has a search feature to help you find emails. The Xobni website covers the features in more detail . The reason I'm uninstalling Xobni as I have not found the benefit in comparison to the pain. Every morning when I start Outlook, it now checks for errors because it did not close properly th
1 comment
Read more

- June 07, 2008
Check out this 10 minute video that does a great job in putting the Internet and Net Neutrality in perspective. The big media, telcos, and cable companies are lining the pockets of Washington, so they can control the Internet medium like they already have with TV, Radio, and Newspapers. This will affect us all, whether you're a tech geek, an independent content producer, or just a consumer. Give this 10 minutes of your time, and then pass it on.
Post a Comment
Read more
More posts